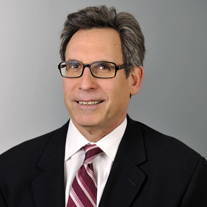 Eric is well-known in the industry for his skilled handling of sophisticated real estate structures, financings, workouts, restructurings, acquisitions and dispositions of all asset classes of real estate.

Many of his high profile clients have consistently relied on his keen business judgment and industry insight over many years, and routinely involve him in their critical decision making on major projects. He assists clients across the full range of their real estate business, from capital raising to acquisitions, frequently acting as outside general counsel as needed. Eric represents prominent real estate developers and investors in their investment decision-making, financing and development of notable properties. His clients range from private and boutique investment firms, high-end commercial and residential developers, hotel owners, and family offices in sophisticated financial and other transactions in projects from $5 million dollars to those exceeding $1.5 billion.

In New York, Eric recently assisted client Bonjour Capital in securing a $115 million Fannie Mae loan for Bonjour’s property at 1735 York Avenue. He previously represented Bonjour in the acquisition of the building from Glenwood Management and the acquisition financing.

Over the past several years, Eric has represented major clients in numerous widely publicized nationwide deals, including several transactions of note in the high tech corridors of Seattle (acquisition and subsequent refinancing of several Amazon office buildings) and Silicon Valley, totaling over $1.5 billion dollars; the sale of the Miracle Mile Shops in Las Vegas; the purchases of the Citigroup Center Building and The Sheffield in New York City; and the purchase and development of high-end residential condominium projects in New York City.

Eric’s representation of clients in highly publicized hotel and commercial transactions has influenced the changing landscape of South Beach in Miami. Among his key transactions in this area, he has represented hotel owners in Miami Beach on the refinancing of senior and mezzanine debt for the W South Beach and the purchase and sale of the Raleigh Hotel, a nostalgic icon.

Eric also regularly assist clients in the acquisition and workout of large loan and asset portfolios, restructuring real estate debt, including mezzanine financings and preferred equity, and receiverships, foreclosures and bankruptcies.   He has assisted clients in the purchase of debt, including The Miami Mart and Hotel in Florida, The Ocean Place Resort Development in New Jersey, various loan portfolios in the New York metropolitan area, and the workout and foreclosure of those mortgages.

Eric is frequently requested to serve as a panelist and moderator at distinguished conferences across the country. He has spoken and offered his expertise on “Distressed Real Estate: Strategies and Opportunities,” served as a panelist for “Show Me the Money: Commercial Real Estate Capital Markets,” and “Real Estate Succession and Wealth Transfer.”

Eric has been cited for his preeminence in real estate law in New York City and throughout the United States by Best Lawyers since 2012, has been consistently named to New York Super Lawyers list since 2007, has been named to the Top 100 2019 New York – Metro Super Lawyer, and has been selected as one of 50 attorneys nationally in Connect Media’s inaugural Lawyers in Real Estate Awards.

Tweets by EricLGoldberg
Back to Page