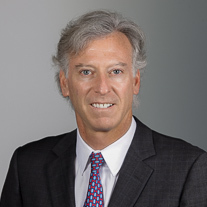 Spencer has more than 35 years of experience practicing corporate and securities law and concentrates his practice in the areas of initial public offerings, follow-on offerings, secondaries, shelf takedowns, confidentially marketed offerings, registered directs, ATMs, PIPEs and other private financings, rights offerings, SPAC offerings, reverse public offerings, and mergers & acquisitions of public companies, with an emphasis on representing biotechnology, computer, Internet, media and other technology-driven companies, and the banks, financial institutions and other institutional investors that provide capital to these companies. More recently, he has been involved in several Regulation A+ public offerings, Rule 506(c) publicly-solicited placements and Section 4(a)(6) crowdfunding transactions.

Spencer previously served as a member of the Board of Directors of Tapinator, Inc., a publicly-traded developer and publisher of category leading apps for mobile platforms.

Spencer was a member of the 2016 and 2017 Capital Markets Law360 editorial advisory board. He was a member of the editorial board of the Journal of Commercial Biotechnology, a leading international publication for bioscience business professionals, until 2020.  He participated as a panelist discussing “Registered Offerings – Post JOBS Act Implementation" and served as the moderator of the Smaller Reporting Companies Breakout Group at the 2015 SEC Government – Business Forum on Small Business Capital Formation, U.S. Securities and Exchange Commission, Washington, D.C., November 19, 2015.  He also participated on the panel, "Uplisting to an Exchange: Criteria and Strategies for Emerging Growth Companies," at The Growth Capital Summit 2015: Legal and Regulatory Update on Emerging Growth Company Finance, The National Press Club, Washington, D.C., November 18, 2015.

Spencer is a lead contributor to the firm’s Securities Law Blog where his posts have centered on SEC registered public offerings and related disclosure issues. His articles have appeared in the Harvard Law School Forum on Corporate Governance and Insights - The Corporate & Securities Law Advisor and on the Law360 (Securities and Capital Markets) site and Columbia Law School’s Blog on Corporations and the Capital Markets.

Prior to joining Olshan, Spencer was a principal shareholder at Greenberg Traurig, LLP in its corporate & securities practice for more than 20 years. He began his practice at Fried, Frank, Harris, Shriver & Jacobson.