Insightia profiled the most prolific law and proxy solicitation firms this year and has ranked Olshan’s Shareholder Activism Practice as the #1 law firm in shareholder activism in the 2022 Insightia Adviser Awards as part of its December publication, a position it has held since the inception of the awards and now, for eight consecutive years. Insightia cited 121 activist campaigns for Olshan with the total average market cap at $4.98B. Andrew Freedman, Co-Chair of the practice, commented on the state of shareholder activism in 2022, noting that, “There was a little chill in the air during the pandemic when companies were getting some deferential treatment by proxy advisory firms, but that's now history we're moving back into a period that'll be more like what we saw in 2017 – 2019.” In 2023, Andy anticipates a proliferation of first-time activists entering the market: “They view it as the right time because of the market volatility and their access to capital to strike out on their own. 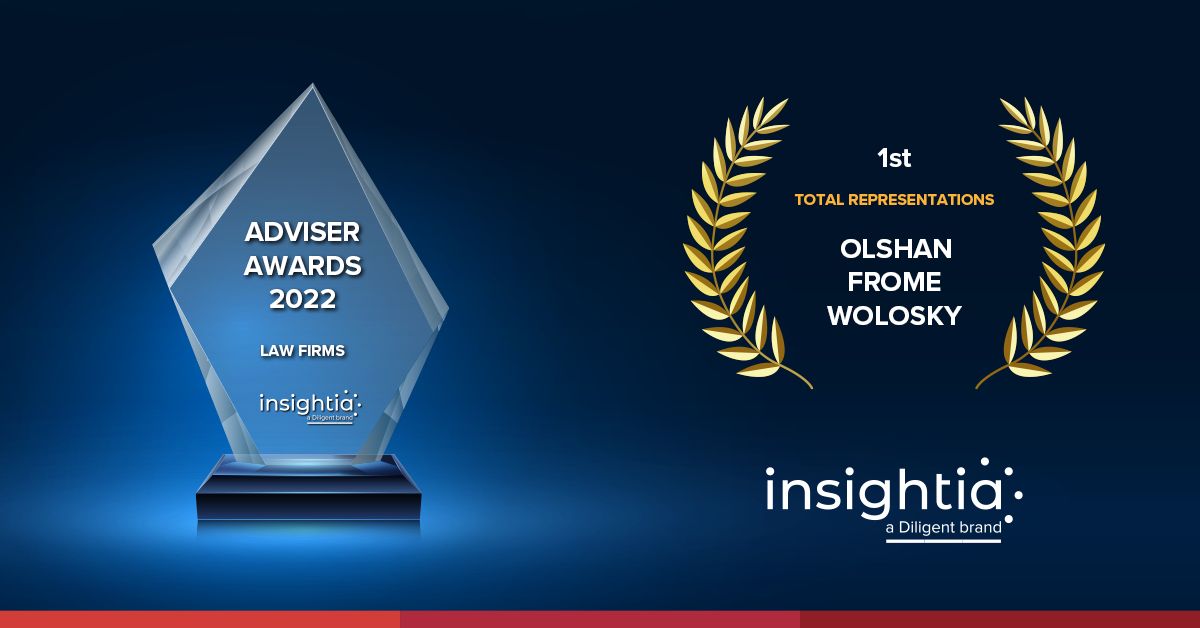 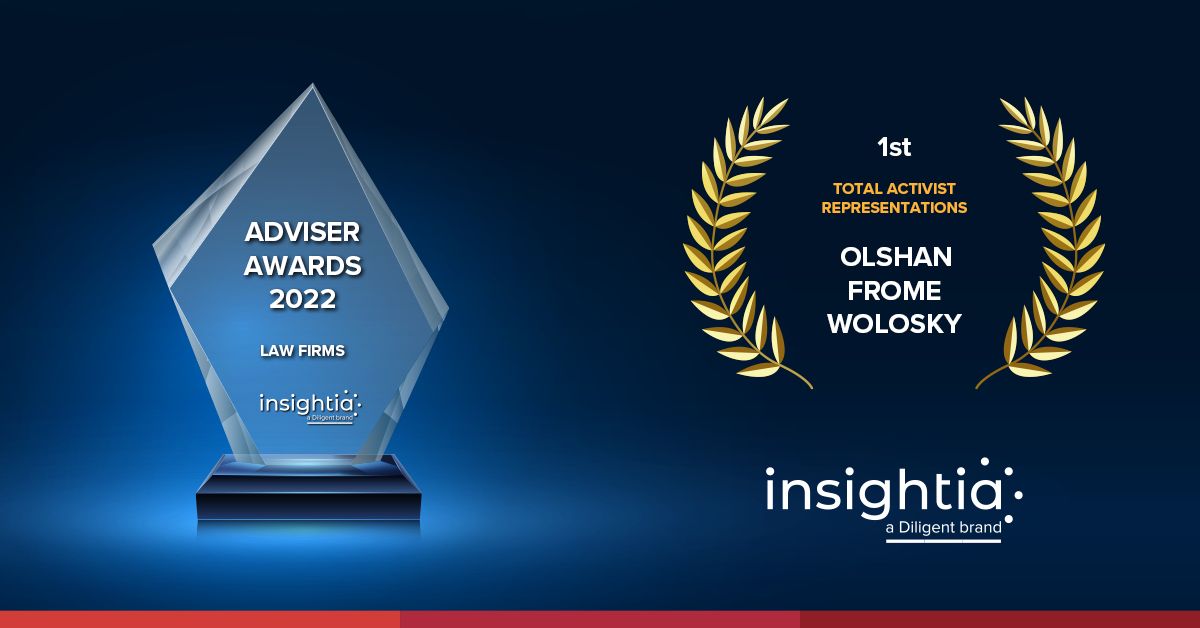