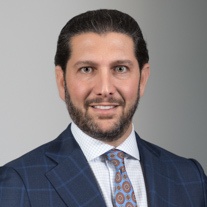 Andy is Co-Managing Partner of the firm, a member of the Olshan Executive Committee, and Chair of the firm’s Shareholder Activism Group, where he is one of the leading attorneys in the nation practicing in the area of shareholder activism and advises some of the nation’s most prolific activist investors, including Starboard Value and Elliott, and has become the go-to legal advisor for newly-launched activist investment firms. Andy has been ranked by Chambers USA as a “Leading Lawyer” in Corporate/M&A: Shareholder Activism category and has been recognized as a Tier 1 "Leading Lawyer" in The Legal 500 U.S. in M&A/Corporate and Commercial: Shareholder Activism - advice to shareholders.

Andy’s practice focuses on shareholder activism campaigns, proxy fights, hostile takeover strategies, corporate governance and investor engagements with public company boards of directors. Andy has been cited for his preeminence in Shareholder Activism by Chambers USA as one of the top practitioners in the country every year since it began covering the practice area, and The Legal 500 as a Tier 1 Leading Lawyer for the past several years. Held in high regard by clients and peers alike, they note "Andrew is very sophisticated technically but also strategically and he will go to great lengths to help his clients. I consider him not just a lawyer, but a trusted adviser," and "He is a master strategist and extremely savvy." As one client stated to Legal 500, “Having an attorney of Andy’s caliber and aggressiveness helped lend credibility and teeth to our campaign, which ultimately yielded a highly successful settlement.” Andy was also profiled in Business Insider as one of the top go-to lawyers for activist investors.

Over the course of his 17-year career, Andy has represented investors on hundreds of major shareholder activism campaigns.  All told, he has helped his clients replace approximately 1,000 directors on public company boards. His recent successful campaigns include Starboard Value at eHealth and Corteva, Elliott Management at Duke Energy and Willis Towers Watson, Outerbridge Capital at Comtech Telecommunications, Voss Capital at Griffon Corporation, Browning West at Countryside Properties plc (UK) and Oaktree Capital at Infinera Corporation.

Andy is quoted frequently as an industry expert in national publications and news outlets, including The Wall Street Journal, Corporate Secretary Magazine, Law360, Activist Insight, Activism Monthly, and The Deal. Andy also speaks on activist panels throughout the country and contributes articles on shareholder activism to notable media and academic publications, including Harvard Law School’s Forum on Corporate Governance.

Recent Successful Campaigns for Board Representation:

Notable 2021 Successful Campaigns for Board Representation:

Notable 2020 Successful Campaigns for Board Representation:

Notable 2019 Successful Campaigns for Board Representation: