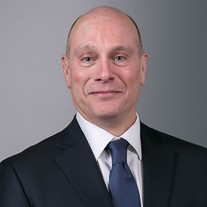 Lee has served as General Counsel and in key management positions, most recently as Senior Vice President - Business Affairs, General Counsel & Corporate Secretary at Michael Kors Holdings Limited.  He was part of the senior management team that over his thirteen year tenure transformed the company into one of the most successful fashion brands in the world, culminating in the company’s successful initial public offering in 2011.

Prior to Michael Kors, Lee was Senior Vice President, General Counsel & Corporate Secretary at Kasper A.S.L., Ltd., and he spent over eleven years at Polo Ralph Lauren Corporation, including as its Vice President of Intellectual Property and Associate General Counsel.  His areas of responsibility included initial public offerings, product and territorial licensing, acquisitions and management of substantial licensees, joint venture agreements, supervision of major litigation, managing and enforcing the global  intellectual property portfolio, and a range of compliance and legal issues relating to all production, advertising and public relations matters.

Lee was awarded the Luxury Law Summit's Lifetime Achievement Award. He is at the forefront of academic and industry leadership, including serving as Professor from Practice at Cardozo Law School where he helped create, and is now Co-Director of, its unique Fashion, Arts, Media and Entertainment Law Center (FAME). In addition, he serves as a Lecturer in Law at the University of Pennsylvania School of Law and Adjunct Professor at Villanova Law School. Lee is a contributor to Fashion Law, A Guide for Designers, Fashion Executives & Attorney (Fairchild Books, 2014), and was the project creator and co-editor of the seminal treatise, Trademark Counterfeiting (Aspen Law & Business, 1999).  He served as Chairman of the International Anticounterfeiting Coalition and served on its board as a member of its Executive Committee for over a decade, and has been a frequent lecturer to federal, state and local law enforcement personnel, as well as to the trade, on matters relating to intellectual property protection and licensing. Sporn has been featured in publications including Corporate Counsel, Global Legal Post and Women’s Wear Daily.

Lecturer in Law, University of Pennsylvania School of Law, 2016 – present