Olshan Frome Wolosky LLP announced today that its Shareholder Activism Practice has been named the leading legal adviser to activist investors around the globe in the inaugural Bloomberg Activism Advisory League Tables. According to the league tables, which cover all new activist campaigns launched in 2019, Olshan advised on 141 activist engagements with stakes worth $18.5 billion last year. Notably, Olshan advised on four out of the 5 “Key Engagements in 2019 Campaigns” according to Bloomberg.

“Bloomberg’s activist rankings are but the latest indicator that shareholder activism plays an increasingly significant role in corporate governance and deal making, and that Olshan continues to be the dominant go-to firm around the globe for activist investors,” said Andrew Freedman, co-head of Olshan’s Shareholder Activism Practice.

Freedman continued, “Shareholder activism continues to evolve as a major vehicle and influencer for change in corporate boardrooms, and this past year demonstrated the full-range of capabilities that Olshan’s lawyers can creatively employ on behalf of clients, including the unprecedented use in the U.S. of a universal ballot in a proxy contest for control. We expect to see more innovation and creative implementation of activist strategies in 2020, and once again Olshan’s team of experienced activist attorneys will be the force behind emerging trends.”

Olshan’s Shareholder Activism Practice has consistently received top rankings across the board in every league table and publication that covers shareholder activism, including most recently:

Olshan's Shareholder Activism Practice Group is widely recognized as the premier practice worldwide in representing activist investors. The Group has unparalleled experience in counseling clients on a wide variety of activist strategies, from proxy contests, consent solicitations and hostile takeovers to letter-writing campaigns and behind-the-scenes discussions with management and boards of directors. 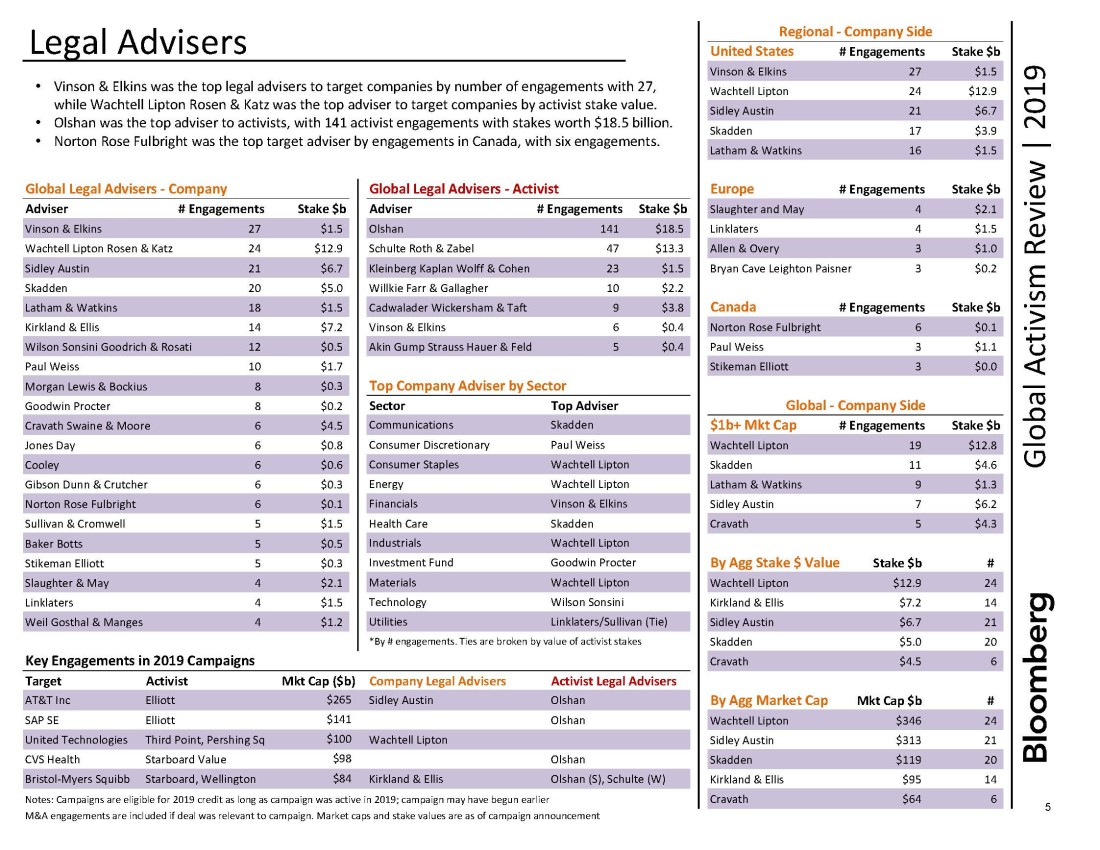