As shareholder activists fine-tune their communications strategies for the upcoming proxy season, we expect that many will view social media as an increasingly important means of getting their message out to shareholders. Although a number of prominent investors have used certain forms of social media for years (e.g., Carl Icahn’s use of Twitter), we have only recently seen investors begin to engage with multiple social media platforms as part of a comprehensive digital and social media strategy for their campaigns. Noted examples include Elliott Management’s successful campaign at Arconic and Pershing Square’s ongoing election contest at Automatic Data Processing.

This Client Alert lays out the important legal issues and other information that investors should consider when evaluating whether and how to use social media in their upcoming campaigns.

Given social media’s massive popularity as a news source,[1] the better question than “why utilize social media?” may well be “how can you not?” Still, a number of other developments have made social media platforms more appealing and important to shareholder activists.

First, with the help of advisors experienced with digital and social media communications, shareholder activists can use social media to target shareholders in an impactful, efficient and cost-effective manner. Potential advantages of utilizing social media in proxy campaigns include the following:

Third, the publication of SEC guidance with respect to electronic communications and the SEC’s track record of engaging with investors in a reasonable and constructive manner regarding applicable issues, based on our recent experiences, have given shareholder activists and their counsel comfort to move forward without fear of unexpected consequences from social media use in the heat of a proxy campaign. However, constant dialogue and coordination between shareholder activists and their legal counsel is necessary to ensure continuous compliance with SEC rules.

A few examples of recent social media communications by activist shareholders are included below for reference. 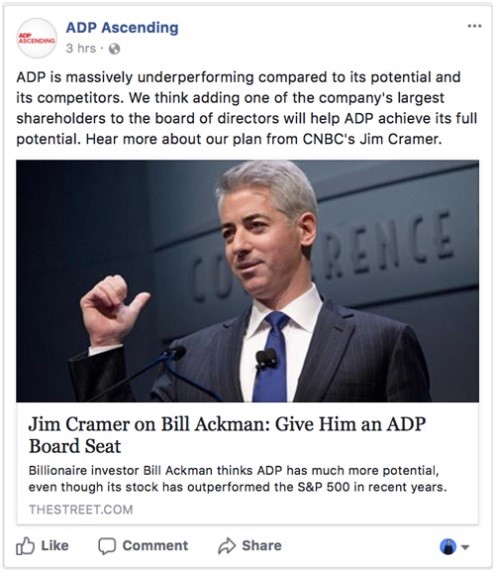 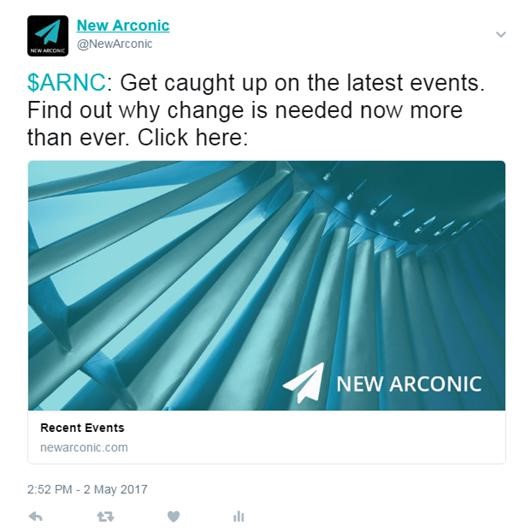 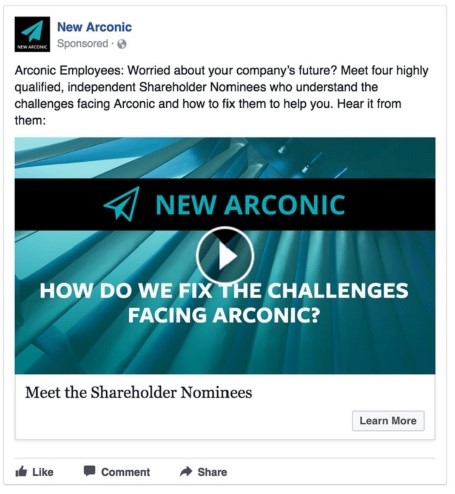 The SEC has a number of rules governing communications that may constitute the solicitation of a proxy, which we refer to as soliciting materials. The SEC broadly defines “solicitation” to include the furnishing of any communication to shareholders under circumstances reasonably calculated to result in the procurement, withholding or revocation of a proxy, subject to certain exceptions.[2] The term “communication” is interpreted broadly, and is considered to cover electronic communications made over social media platforms, so social media posts and advertisements generally are subject to the same rules as traditional written communications (e.g., press releases, letters and newspaper advertisements).

All soliciting materials must be filed with the SEC no later than the date they are first sent or given to shareholders.[3] This includes the text of any social media posts or advertisements, as well as transcripts of any audio or video content included in those communications.

The SEC’s daily filing deadline is 5:30 pm Eastern. Due to the time involved in preparing and formatting an SEC filing once the soliciting material is finalized, which process often takes longer for graphic-intensive communications and audio or video content required to be transcribed, shareholder activists and their legal counsel must coordinate closely to ensure that soliciting materials are timely filed. In our experience, shareholder activists can best avoid issues by creating, circulating and regularly updating a calendar of expected communications, and when attempting to respond to events in “real time”, generally avoiding communications shortly before the deadline.

The general SEC rule is that no solicitation is permitted to be made unless the person solicited is or has been furnished with a proxy statement containing the information required under SEC rules.[4] However, under Exchange Act Rule 14a-12(a), the SEC permits solicitations made before a proxy statement is furnished to stockholders if any such written communication includes the following information, which we refer to as the Rule 14a-12 legend: (i) certain information regarding the participants in the solicitation, or a prominent legend advising shareholders where they can obtain that information, and (ii) a prominent legend advising shareholders to read the proxy statement when it is available and that they can obtain the proxy statement, and any other relevant documents, for free at the SEC’s website, and describing which documents are available for free from the participants.[5]

Depending on the shareholder activist’s fund structure and the number of participants in the solicitation, the Rule 14a-12 legend can become lengthy. That tends not to be a problem for traditional written and digital communications, in which the Rule 14a-12 legend generally can be included at the end of the document in a manner that does not detract from its visual impact. For social media communications, however, a social media platform’s applicable space and character constraints (e.g., Twitter’s 140-character limitation) may make the legend obtrusive or impossible to include in full.

The SEC addressed this issue in a compliance and disclosure interpretation first published in 2014.[6] In that interpretation, the SEC acknowledged that limitations on the number of characters or amount of text that may be included in a communication on certain social media platforms make the inclusion of the Rule 14a-12 legend impossible. In those instances, and those instances only, the SEC stated that the Staff would not object to the use of a hyperlink to the legend that prominently conveys that important or required information is provided through the hyperlink (often done by styling the hyperlink as “Important Information” or “SEC Legend”). Posts on social media platforms that do not have such limitations must include the full legend.

A question we have seen arise with respect to the SEC’s interpretation is how it applies to character and spatial limitations for social media advertisements and search engine marketing that make the inclusion of a legend impossible. For a printed newspaper or magazine, where sufficient space always can be purchased, the SEC has been clear that the legend is required in advertisement text no matter the cost. However, for advertisements on social media platforms and search engine marketing that would be otherwise effectively off-limits prior to the filing of a definitive proxy statement due to the inability to include the full legend, a reasonable argument can be made that the SEC should permit the advertisement with a hyperlink to the legend.

When utilizing social media during a proxy campaign, shareholder activists always should be mindful of the prohibition on making a solicitation containing any statement which, at the time and in the light of the circumstances under which it is made, is false or misleading with respect to any material fact, or which omits to state any material fact necessary in order to make the statements therein not false or misleading.[7] The SEC has highlighted the following as examples of what may be deemed misleading: (i) predictions as to specific future market values; (ii) material which directly or indirectly impugns character, integrity or personal reputation, or directly or indirectly makes charges concerning improper, illegal or immoral conduct or associations, without factual foundation; and (iii) claims made prior to a meeting regarding the results of a solicitation.[8]

Please contact the Olshan attorney with whom you regularly work or one of the attorneys listed below if you would like to discuss further or have questions.

This publication is issued by Olshan Frome Wolosky LLP for informational purposes only and does not constitute legal advice or establish an attorney-client relationship. In some jurisdictions, this publication may be considered attorney advertising.