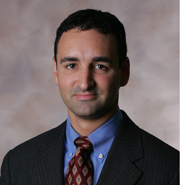 The Georgia Supreme Court has ruled that NBC's "Deal or No Deal" television text-to-win sweepstakes did not violate state gambling laws.

Deal or No Deal's sweepstakes allowed consumers to enter by sending a text message that was subject to a 99-cent charge or by filling out an online entry form for free. After the sweepstakes ended, plaintiffs filed class action lawsuits in Georgia arguing that the sweepstakes were unlawful. They argued that individuals who enter using their mobile phones don't get anything of value for the money they pay to enter.

"Although this ruling is an obvious victory for the defendants in that lawsuit and is consistent with a decision in the 1990s involving a MTV 900 number promotion, those engaged in premium SMS contests must keep in mind that the ruling is limited to Georgia law and there are other litigations ongoing that could yield different results," said Andrew B. Lustigman, an attorney at Olshan, New York.

"Indeed, the ruling is not binding precedent in the California class actions which have now extended to include the wireless carriers, AT&T Mobility, Verizon Wireless and Sprint Nextel."

The Georgia case was filed under the state's qui tam statute which allows a gambling loser to recover losses from a gambling winner. 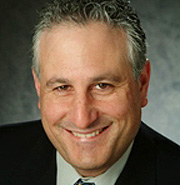 Andrew B. Lustigman, principal at Olshan

The plaintiffs argued that the text message charges constituted "bets" and that NBC and the other companies affiliated with the promotion were "winners" because they kept the money.

The Georgia Supreme Court was asked to decide whether lottery losers were entitled to recover the money they lost relating to gambling contracts.

The court found that text-message fees are not equal to bets and wagers because they are paid regardless of the outcome of the promotion.

"I think this case presents a big victory for marketers," said Gonzalo Mon, an attorney in the advertising law practice of Kelley Drye & Warren, New York. "The problem with some gambling laws is that they are so broadly-written that they could arguably encompass a wide range of activities that the people who drafted the laws never envisioned.

"Had the case been decided the other way, the decision could have outlawed a wide variety of promotions that are commonly offered by reputable companies today," he said. "Despite the victory, though, it's a little early to celebrate because there are still class action cases pending in California over these types of promotions and the defendants there may face a tougher battle."

At this time, those involved in premium SMS chance promotions need to recognize the risks in having a play-to-play component regardless of the fact that there is an alternate method of entry that allows users to enter to win for free, Mr. Lustigman said.

"While there is currently risk with any premium SMS sweepstakes, at a minimum any pay component should be in exchange for something of bona fide value and linked to something otherwise offered for sale," Mr. Lustigman said. "For the near term, proceed with extreme caution."