Olshan is again unrivaled as the number one law firm representing activist shareholders in The Deal’s Shareholder Activism League Tables for the first half of 2019. According to the league table, Olshan’s Shareholder Activism practice has represented activists in 53 campaigns from January through June 2019, which is more than the next four highest ranked firms combined. In addition, The Deal highlighted four recent campaign successes, including Rice Bros at EQT, Prescience Point at MiMedx, Elliott Management at eBay Inc. and Legion Partners, Macellum Advisors and Ancora Advisors at Bed Bath & Beyond. 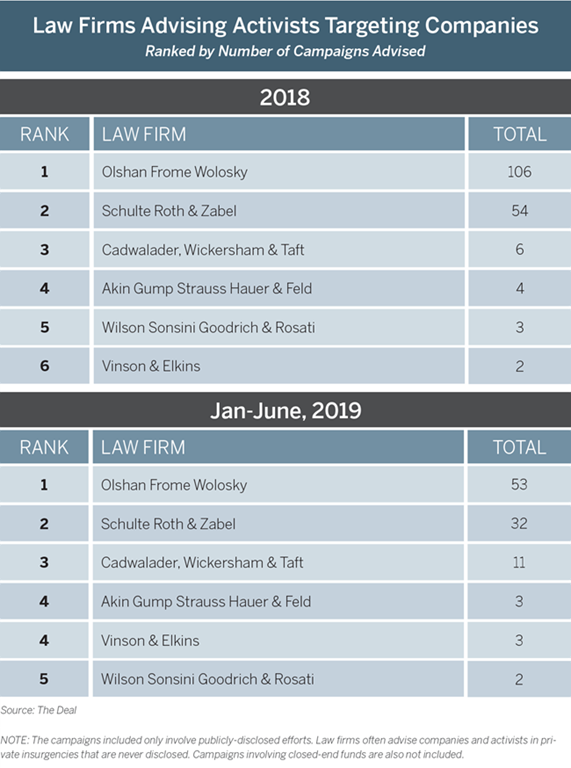